Parents: How To Get Your Bed Back From Your Preschooler

Early childhood development is filled with so many milestones like weaning, learning to crawl, walk or potty train, going off to school, and more. Each of these milestones marks an important separation and move towards independence, often evoking deeply impactful, intense feelings in both the parent and child. When it comes to a child learning to sleep alone, in Western Cultures, kids are generally moved to their own beds immediately (if not soon after) birth. And so we tend to miss the very complicated issue of what it means to sleep alone without the ones we love close by. But actually, I would say that sleeping alone is a developmental milestone like any other. So, let’s consider what sleeping on our own really means and why so many parents battle for their beds in the depths of night.

Have you ever heard about the Oedipal Complex? This is Sigmund Freud’s icky theory formed around the Greek myth about the son who wanted daddy out the way so he could have his mommy all to himself. As uncomfortable as this idea is, I’m sorry to tell you but Freud was right about this one: Little kids, both boys and girls, secretly wish to triumph over one of their primary caregivers. And while this is not necessarily as concrete as “I want to marry mom” it really boils down to more complex ideas about power struggles and feelings of being left out – issues which most of us continue to battle into adulthood. We initially see this dynamic surfacing around the age of 3 or 4 as kids start to get really interested in what mom and dad get up to after bedtime. This curiosity is very important as it begins to mark the time that kids are negotiating their position in the family’s pecking order. Now in a perfect world, children would slowly come to terms with the fact that they are not the boss, that parents have a whole other world that doesn’t include them, and just be okay with it. But this is actually a very painful realization and something that is really hard to manage. What makes it even harder is that these ideas and worries are actually unconscious, making it difficult to name and talk about. And so we see it getting acted out all over the place, including at bed time. In order to help our children to negotiate this complexity, the books say we need to consistently communicate a loving but firm ‘No’ that reinforces boundaries between adult and child matters. From presenting a united front as parental partners, to setting boundaries and limits in the home, to… bedtime routines where we ensure that at the appropriate age, kids sleep in their own beds and not in between the couple. But for any parent who has really battled this terrain, it’s far easier said than done.  A child who wants to sleep with mom and dad is an incredibly tenacious and convincing negotiator. And if we are honest with ourselves, they are as cute as they are controlling. Drumming up all sorts of mixed feelings in the adult, making it very hard to negotiate their stronghold.

Mixed feelings about ‘moving on’

With every hello, there is an implied goodbye. Similarly, in the same way that getting big is really exciting, it also entails bidding farewell to being little. This can feel really hard for both mom and kid. For example, walking is a wonderful milestone as it means a new layer of independence for the family. But on another level for mom, it may also mean that she isn’t going to be needed as much… What a difficult idea! And the child too might worry that if they do this “big kid thing” and grow up now, that they will never be allowed to regress ever again! So, on a concrete level while everyone may feel overjoyed at progress, on an unconscious level there may be mixed feelings attached to moving on. Now the best way to manage this is to really investigate all the feelings being evoked around the milestone. Particularly if there are irregularities like milestones lagging which could indicate that there are stuck feelings around conquering that particular frontier. Similarly, when it comes to sleeping, perhaps mom very badly wants her child to move out of her bed, but at the very same time maybe a small part of her also knows this is her last baby and she may come to miss this closeness. Or maybe, more alone time with dad could mean more intimacy which she secretly isn’t up for after a long day. Mixed feelings are so complicated. But if we are not fully aware of all the feelings going on inside us while we parent, they re-route and will unconsciously complicate the dynamics between us and our kids. Making it so much harder for everyone to move forward unscathed.

The parent’s “stuff” VS. the child’s “stuff”

When it comes to sleep regressions or behavioral issues, it’s so easy to pass the buck and assume it’s because the child isn’t coping with something. In fact though, it’s more complicated than that. As I explain in my TEDx Talk “A mom can’t always act like a grown up, here’s why” once, a long time ago, us parents were babies and toddlers ourselves. Meaning that we also hold our own independent experiences of moving through each and every one of these troublesome milestones. So with every shift we watch our kids tackling, on some level we are also unconsciously reminded of a time when we were challenged in the same way. So, sleep issues (like all developmental milestones) are not just about the child. But are rather a conversation within the family. A strange place where mom and dad’s unresolved issues mix with the child’s confusion and things get very muddled, very quickly.  Sometimes as parents, we are very aware of what is evoked in us, but more often than not, it exists unconsciously in the feelings evoked when we witness our kids challenging the status quo. What this boils down to is that separating at night is not only up to the child but it is in fact equally vital that the parents do some emotional work around what the impending shift is bringing up for them.  Like what control needs to be given up, and what might be lost if this milestone is achieved in the home. Usually once everyone knows where they stand, the child will get on with it, and return to their own bed.

At the end of the day sleeping alone is really complex and plagued with many mixed ideas and feelings. On one level needing to be physically close to each other is a mammalian instinct and a closeness we all crave. But on another, equally important side, we also love our space and strive for independence. So, parents, if you want to get your bed back from your preschooler it’s going to require more than star charts and strongholds. Rather it will need some personal investigation into what is evoked inside you when beds are shared. But the good news is that with a curious mind and a bit of a backbone, everyone will indeed sleep again.

About our Mommy Blogger: Andy Cohen is a TEDx speaker, psychoanalytic candidate, published author, Art Counsellor and mom of 2. Here this thoughtful mama shares insights gained along the busy road of motherhood, where nothing is quite as it seems. Her psychoanalytic training will also hopefully help all our moms think about old problems in a new way.
Recent Posts
Powered by
Warning: count(): Parameter must be an array or an object that implements Countable in /usr/www/users/bambad/wp-content/themes/jupiter/footer.php on line 242 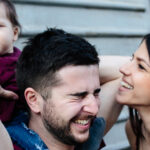 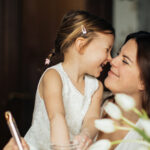